Just being a few decades old ,we all still can remember the luxurious vehicle for middle class society of India .The vehicle, which was considered as the family vehicle (seating upto 4 members), was none other than the good old Bajaj chetak. But the truth is that nowadays, we hardly find this classic vehicle on the Indian roads. If you probe the reason behind its disappearing act, you would find that it is definitely the result of the new Indian economic scenario that has resulted in a 4 wheeler being the new family vehicle . Nonetheless Bajaj Auto challenged this upcoming norm and emerged as a phoenix by bringing a new class of 2 wheelers that rules the Indian roads now.

“Bajaj PULSAR” with a tagline :” definetely male “is the most bought 2 wheeler in India. So what was the secret behind the ever surviving sturdy performance of Bajaj ? The answer is the revolutionary technology called the DTSi. with a normal engine type as that of any 2 wheeler, a small adaptation has been done with auto-controlled mechanism of a cutting edge microcontroller to achieve the best performance. 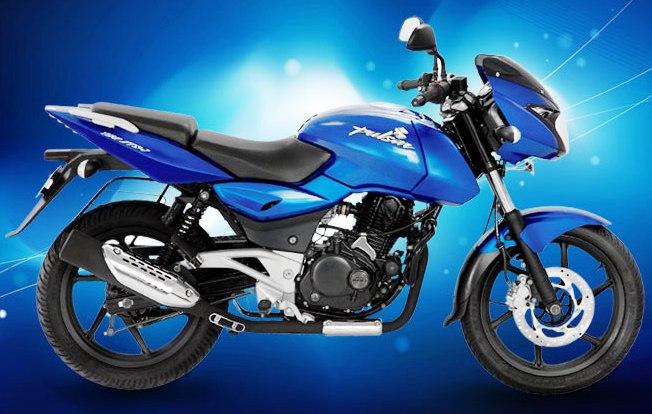 The technicalities:-
This technology has been patented by Bajaj Auto, which boosts the performance of the engine and while simultaneously cutting emissions. The DTSi technology actually incorporates two sparkplugs (instead of one as in case of normal motor engines) at either ends of the combustion chamber of the engine. Usually the single sparkplug doesn’t acutally gets the optimum air-fuel mixture to cause complete combustion. So with the twin spark the majority area of the air-fuel mixture is considered for the complete combustion which results in faster and better combustion and reduction of exhaust gases and generating high power.

But this is possible only with the accurate ignition timings at different speeds, thus the ignition is controlled by the controller by CDI(Computerised Direct Ignition) system and new generation throttle response system.The digital CDI in the new Pulsar, which features an advanced eight-bit microprocessor handles the spark delivery. The
programmed chip’s memory contains the optimum ignition timing for any given engine rpm, thereby squeezing out the best performance characteristics from the combustion chamber.

Working together with the Throttle Responsive Ignition Control System (TRICS III) supposedly also delivers the optimum ignition timing for varying load conditions.Bajaj has also developed a new third generation TRICS III to complement the new ignition system. The TRICS system controls the ignition based on throttle use. Depending on the needs of the motorcycle rider, whether for cruising or a burst of acceleration (such as for overtaking), the ignition requirements changes; especially useful in city riding conditions.Based on the level of throttle opened, a magnetic field opens or closes the reed switch, which in turn is connected to the Digital CDI. The CDI then switches to the desired Ignition Advance Timing Maps (pre-programmed timing from the eight-bit processor). This helps the engine achieve an ideal ignition spark advance for every throttle opening and engine rpm level.

Although the Indian roads are changing everyday to accomodate foreign cars and foreign technology, there is no doubt that Bajaj ‘s trade mark 2 wheeler would rule the roads for many years to come.